The first part of the exposition...

is located in the basement of the tenement building “Zgoda” and it presents the development of prehistoric settlement in the region since the arrival of humans around 20,000 years ago. We can find not only objects made by people of stone and flint there but also the oldest relics of the Pleistocene fauna: mandibles of the steppe elephants and mammoths’ teeth and bones. The relics from the Younger Stone Age are represented by flint axes and stone hatchets. The unique exhibits are endolithic copper axes of Trans Carpathian origin. The collection is completed by the stony querns, spindle whorls and fragments of earthen vessels.

The exhibition presents the history of prehistoric settlement in the Subcarpathian region from the time when a man appeared here in the Upper Palaeolithic (ca. 15,000 BC). We can find there not only objects made by people, but also the oldest relics of the Pleistocene fauna: mandibles of the steppe elephant and mammoth teeth and bones. The stone monuments, including arrowheads of reindeer hunters that are presented in the exhibition, come from the Palaeolithic. Among the unique finds, there is a discovery from the village of Hłomcza near Sanok. There were traces of a hut of Magdalenian culture from 15 thousand years ago, where a set of flint tools was found, made from a rare material – the flint from Bircza. The relics from the younger Stone Age are represented with the stoneware, among which there are flint axes and stone hatchets. The unique exhibits are endolithic copper axes of Trans Carpathian origin, rarely possible to be found in Poland. The collection is completed with stone querns, spinners and fragments of clay vessels.

The Bronze Age, which is famous for its rich settlement, is represented by a diverse material that has been found during the archaeological research on the cemeteries and the past settlements, including the traces of Otomani-Füzesabony culture discovered in the Jasło-Sanok Pits (hillforts in Trzcinica and Brzezówka, settlements in Jasło, Korczyna and the region of Sanok). This culture is represented by the characteristic earthen vessels, decorations and weapons made of bronze. In the subsequent stages of this age in our region appeared the settlement from Plińska and Gáva cultures. The relics associated with that come from the cemetery in Wietrzno, and settlements in Nienaszów and Korczyna. 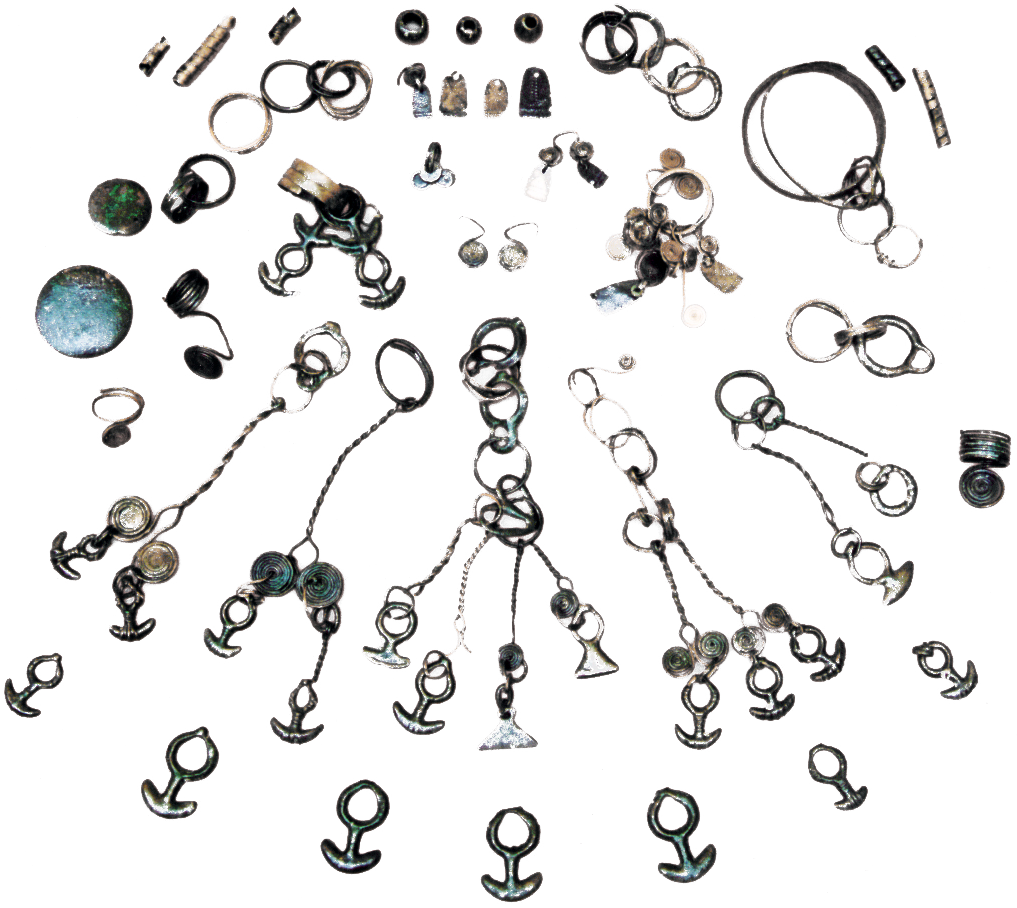 They are represented by some bronze products: decorations, tools and weapons. In Hłomcza, close to Sanok, there was found the European phenomenon – the treasure of bronze ornaments from the early Iron Age (300 items). In the Iron Age in the region were settled the settlements of some Celtic tribes. We can find the tracks of their stay on our territory in the characteristic relics: specific pottery with an admixture of graphite, the decorations such as glass bracelets, the beads with an image of a face, iron clasps. The time of Roman influence is represented by relics connected with the Przeworsk culture, among them there are fragments of clay vessels, both hand-formed and potter’s wheel, clay spinners, anthropomorphic figures, spearheads, beads (made of glass or amber). The collection of coins from the 1st to the 6th century is an example of relics from the territory of the Roman Empire. The Slavic period is represented by the objects of daily use: fragments and whole earthenware vessels made by hand or turned on the wheel, iron objects: the keys, belt buckles and knives. Furthermore, there are exhibited military relics that have been found in the early Slavic hill forts: axes, spearheads, spurs, arrowheads.

The second part of the exposition... 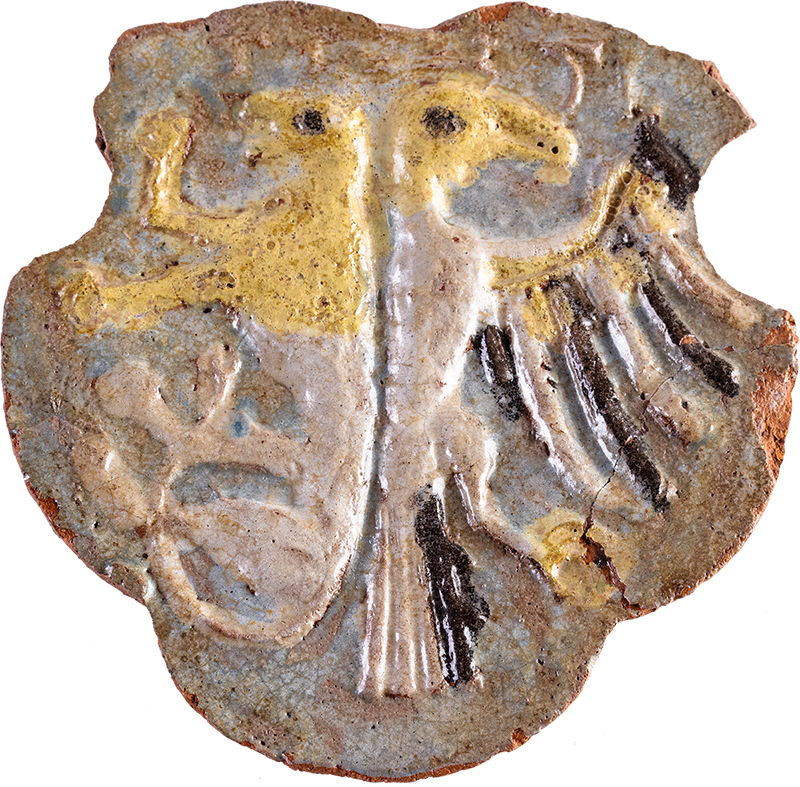 shows the history of The Royal City of Krosno, its beginnings and resilient growth during the Middle Ages and the Renaissance when Krosno was named Parva Cracovia (“the little Cracow”). The exhibition was organised around uncovered relics of a defensive wall with a bastille, that was built in the 14th century during the reign of Casimir the Great – the founder of the town. A fragment of a wall 25 m long, up to 2 m wide and almost 3 m high exists here until nowadays. On the exhibition, there were collected exhibits from archaeological investigations carried out in the city, mainly on the market square in Krosno, including stonework, stone carvings, tiles and a set of relics discovered in latrines at the Krosno Market Square: clay vessels, unique shoemaker’s hooves, wooden products, fragments of glass vessels, leather products. Among the exhibits mentioned before, there are many priceless, unique relics made locally or imported from abroad (from the territory of Czechia and Germany). 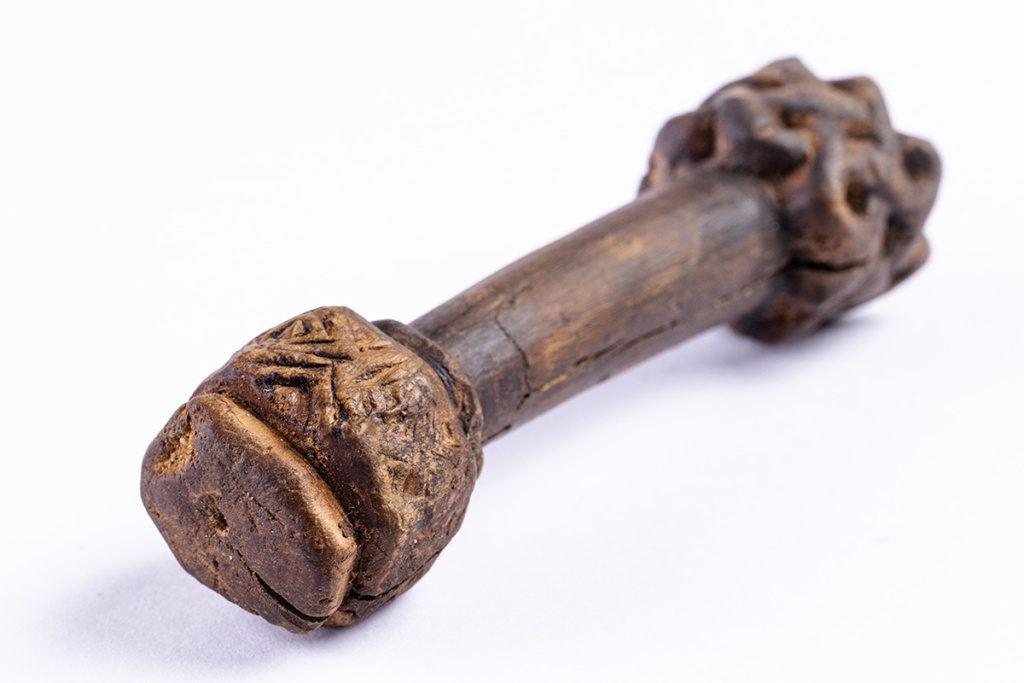 Some of them accentuate the great importance of trade in the development of the city (i.a. textile seals). The collection is completed by the old views of the city and photographs of unknown stone buildings uncovered during the archaeological research: the Gothic tower of the mayor and the Renaissance town hall. There is also the equipment of the wooden urban infrastructure: the fragments of sewers, water pipes, bases of merchant stands. In this part of the exposition, it is possible to observe life-sized reconstructions of a medieval stand and a latrine. The undoubted ornament of the exhibition is formed with the magnificent specimens of Gothic art.

History of Krosno and the Region

Glass from the Subcarpathian Glassworks